Will a Mouse Trap Still Work if I Touch It with Bare Hands? 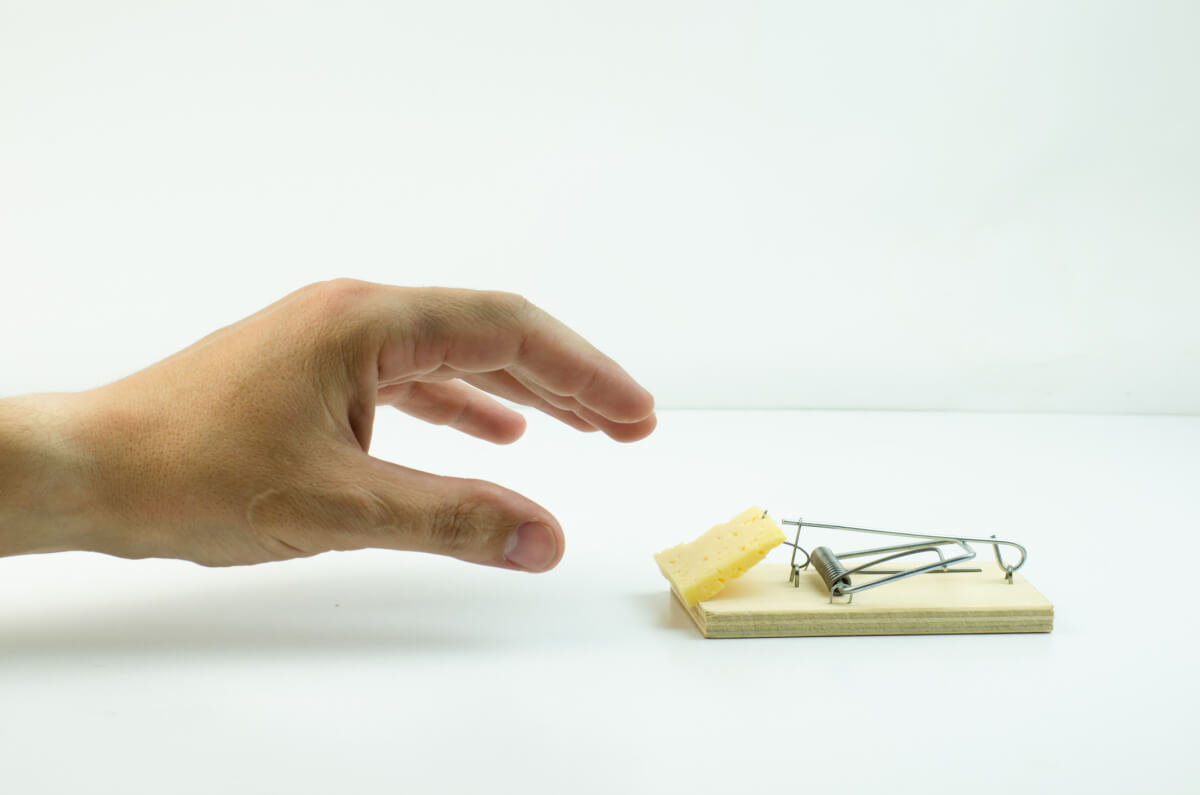 Mousetraps are a straightforward, effective way to eliminate mice in a property. But homeowners who are dealing with these rodents for the first time are often clueless using mouse traps, resulting in mistakes that decrease its effectiveness – like touching the trap with bare hands.

So will a mouse trap still work if I touch it with bare hands? Setting the mouse trap without rubber gloves makes it less effective because you might leave your scent, mask the smell of bait, or accidentally trigger the trap. Leaving your scent makes mice more wary of human presence and become more vigilant when you’re around, while triggering the mechanism of a trap, especially if done quite a lot, can get the mice used to it and dodge it the next time you use it.

Why You Shouldn’t Touch a Mouse Trap with Bare Hands

Mice are shy creatures that invade homes in search of food, water, and warmth – but don’t let their size and appearance fool you. These filthy critters are a problem for millions of American households every year. According to the United States Census Bureau, about 14.8 million homeowners spotted rodents on their property in 2020.

There are different ways to get rid of these pests, but mouse traps are the most commonly used method. They work well in catching mice, but there are a few mistakes that make them less effective, such as installing them with bare hands – and here are a few reasons why:

Mice have an incredible sense of smell that allows them to find food sources and escape from predators. These smart critters can tell if a human because of the smell they leave. Touching the mouse trap with bare hands isn’t a good idea because of 2 things – they won’t go near the trap because it’s unfamiliar to them and it has the scent of a predator.

Mice are extremely responsive to the scent produced by different predators – whether it's fur, urine, blood, or sweat. When mice smell predators like cats and humans, their brain releases a surge of stress hormones that causes them to “hyper-prepare” and escape as quickly as they can.

When you touch a mouse trap with bare hands, there’s a huge chance that some of the sweat from your hands will cling to the trap. Make sure to use disposable gloves when placing mouse traps to avoid scaring off the rodents.

2. Your Scent Masks the Smell of Bait or Other Mice

The bait is an important part of the mouse trap because it’s what lures the rodents out of hiding. Sweet foods with a strong smell attract them, but be careful when placing the bait because human scent might overpower the food bait. Leaving human scent might not completely scare off some mice, but it definitely reduces the effectiveness of the bait and mouse trap.

How Mice Use Their Noses to Find Food

Mice have terrible eyesight, which is why they use their noses and whiskers to hunt for a food source and escape from danger. When they’re placed in a new environment, they start running around and sniffing everything to familiarize themselves.

These rodents look for sweet and protein-rich food scraps to survive. They’re usually attracted to sweet scents like vanilla and pumpkin. However, their incredible noses might also be used against them – homeowners who don’t like using traps usually turn to natural repellents to drive mice off their property.

Scents like peppermint, cloves, vinegar, mint, cayenne pepper, and cinnamon irritate their nasal passages, which causes them to avoid certain areas around the house.

Mice are opportunistics feeder that eat a wide range of different food, but here are some of the most effective types of bait to try:

Will the Scent of Dead Mice Repel Live Mice?

The scent of a mouse (from their droppings or urine) around the trap might be attractive to other mice because it tells them that another mouse has been in the same path. It makes the area a bit more familiar and trustworthy for them.

But the stench of dead rodents is a different story – if a mouse knows that other mice have been killed in a specific area, it knows that death only awaits there. It causes them to avoid the trap. If a dead mouse is left in the trap for more than a day, their stench becomes strong enough to warn and repel other mice. Make sure to dispose of the mouse carcass properly as soon you see it.

Snap traps are the traditional way of catching mice. It uses a snapping force enough to kill a juvenile mouse on the spot. Some of them even come with serrated edges that are highly effective in eliminating the pesky rodents in the house.

Aside from leaving human scent on the trap, another important reason why homeowners should wear gloves is to prevent accidentally setting off the trap. Bare hands are more slippery than rubber or latex gloves. Without disposable gloves, you only increase your chances of accidentally triggering the trap.

Even if you manage to accidentally set off the trap with gloves on, the material softens the blow and protects the skin from tears. The metal bar or serrated snap won’t have direct contact with your skin or blood, preventing you from getting contaminated with the leftover mouse blood, urine, or fur in the used trap.

Will a Mouse Trap Break Your Finger?

The good news is that the snapping force of a snap trap won’t be enough to break the finger bone of an adult. However, small children and pets who set off the trap might experience severe injury.

Most of the time, an adult finger stuck in the trap only experiences severe pain, bruising, and pinched nerves. But a snap trap made for rats is usually bigger with serrated edges – and they’re enough to break a finger bone if triggered incorrectly.

Treating the Injured Finger Stuck on the Mouse Trap

How to Reset a Mouse Trap Safely

Other Common Trapping Mistakes and What to do About Them

Aside from preparing the mouse trap without using plastic gloves, there are also several other mistakes that homeowners make when attempting to catch mice on their own. Here are some common trapping mistakes and how to avoid them:

Mouse traps are useful in eliminating a couple of mice in the house, but they’re not enough to solve the rodent problem for good. Get rid of mice and prevent them from returning with IPM-based solutions by Yale Pest Control.

Yale Pest Control is a trusted pest control company in Connecticut with years of experience in removing pests from residential and commercial properties. Know more about our environment-friendly pest and insect infestation control methods and call us at (800) 750 – 9253.