How To Effectively Bait A Mouse Using A Glue Trap 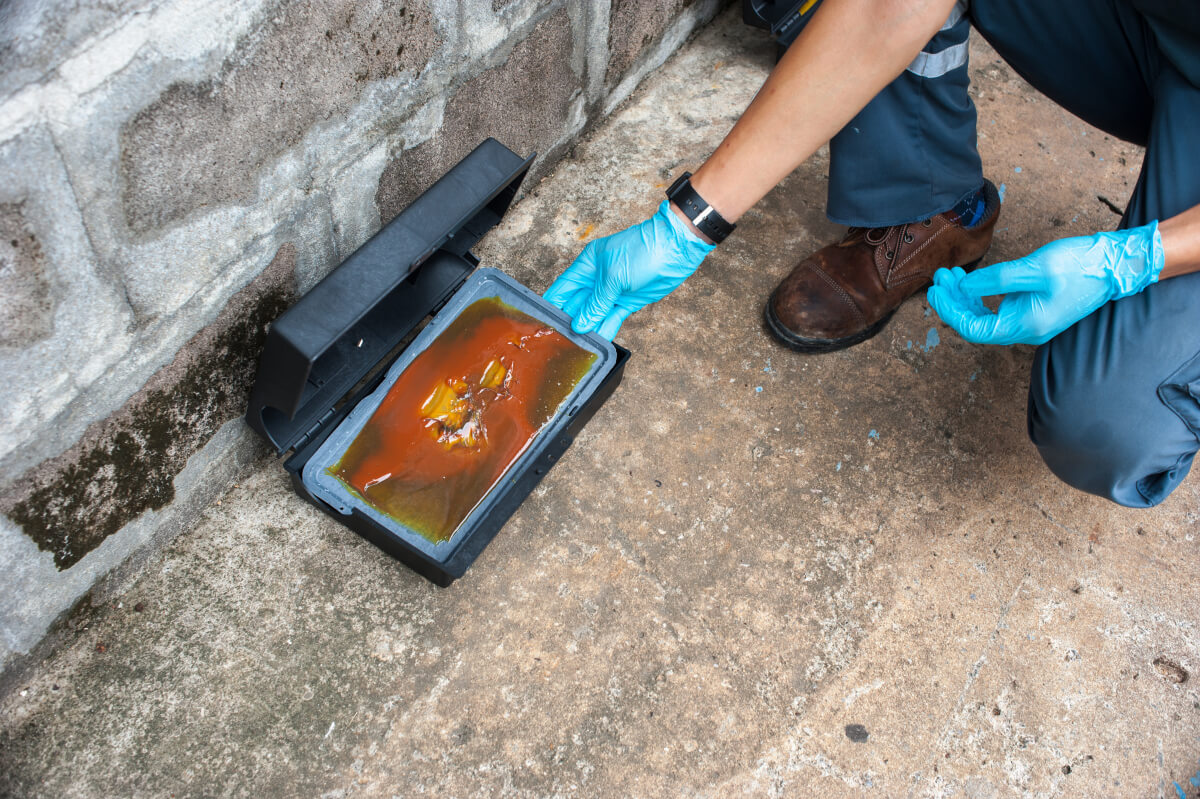 Sticky glue traps have proven to be handy tools in catching mice due to their non-toxic surface adhesive that traps mice, which mice find hard to escape from. As with other mouse traps, proper handling and attracting the mice are key to making sure that you catch a lot of mice.

So how do you effectively bait a mouse using a glue trap? You do so by maximizing how the mouse glue trap works. However, while there are tons of ways to maximize how a glue trap works, a better alternative is not to use them because of the danger that glue traps bring to your family and to other animals. Consider other mouse traps that are also proven effective and hassle-free.

Maximize The Effectiveness Of The Glue Trap

There are many ways to maximize the effectiveness of your glue trap. Some methods and tools are placing traps on areas with high mice activity, tenting or tunneling your glue trap, avoiding to bait glue traps, using pre-baited traps, removing food sources, and changing the glue trap regularly.

It’s important to place traps on areas with high mice activity to ensure the effective ensnaring of the mice that are within your property. Common signs of continual mouse activity include to following:

2) Tent Or Tunnel The Glue Trap

A good way to avoid dust, dirt, or water that may affect the effectiveness of glue traps is to tent or tunnel them, meaning placing them in positions that look like they are a tent or a tunnel instead of laying them flat on the floor. It's also a good way to keep your kids and your pets from getting in contact with the glue board.

Using mouse trap bait is helpful in other mice traps which can kill mice with a powerful snap or electricity and it's just a matter of choosing the right type of bait for these traps. However, the same isn't true for glue boards where any type of bait used may reduce its effectiveness. For example, placing peanut butter as bait on the surface adhesive is like placing cooking oil on the said area, thus reducing its stickiness and its effectiveness in catching mice.

There are a lot of pre-baited traps available in the market, which contain a special kind of attractant to entice the mice into going into the glue board. Not all glue traps in the market are pre-baited, so make sure to check first if the glue trap you're buying is already pre-baited.

Making another source of food available to the mice risks them from not paying attention to the pre-baited traps and not getting lured by them. This is exactly what you don't want to do because it reduces the effectiveness of the mouse trap.

It is recommended that you change the glue board traps regularly, at least every 30 days, given that it has no captive mouse yet at that time frame. This is to ensure that the sticky adhesive will still work in catching mice. Remember that adhesives no longer work well if they're full of dust, dirt, and insects; the adhesive surface will no longer stick or there won't be any room for the mice to stick into.

Why You Shouldn’t Use Glue Traps

While sticky traps can really catch mice with their sticky glue, they are less reliable when we factor in hot or cold temperatures and place them in areas that are full of dust. With these in mind, you might have to rethink about using sticky traps, also considering the following:

Reports of birds and other wild animals stuck on glue can already be seen online. In the case of birds, they get stuck in glue in an attempt to eat the insects caught in glue, especially if the glue boards are placed outside. It's a waste of resources if mice aren't the ones you caught because you'll still follow steps to free these animals caught in the glue.

It's an unsightly image to see an animal trapped in glue trying desperately to escape by self-mutilating. They bite through their limbs and rip their skin trying to get free. Their cries are also unsettling for other people. In instances that the animals fail to free themselves, on the other hand, collapse and get suffocated on the glue. They don't die right away and instead wait for a few days when they die of starvation and dehydration.

3) You And Your Kids Might Get Stuck On Glue

Glue boards use non-toxic chemicals as adhesives so they're regarded as safe for kids. However, the hazard of sticky glue traps doesn't lie in poisoning but in getting caught on them. To those unaware of the ways on how to remove them, removing a sticky mouse trap may be a painful thing to do, but you can always use cooking oil to remove the adhesive trap from your child's body.

You may use a cloth soaked in cooking oil, pour the cooking oil on the area where your child got stuck, or you may spray the cooking oil using a pressurized can. You may avoid this hazard by keeping the glue trap out of the child's reach or not using them altogether.

Other types of traps are available in the market which are also effective in rodent control, given that the right rodent baits and proper handling are observed while setting up the traps. These other types of traps include the following:

Catch-and-release traps may be considered as one of the most humane mouse traps there is, as it is a no-kill trap which allows you to catch a mouse effectively while giving you the option of freeing the rat caught in the mouse trap 100 yards away from your property.

The trap mechanism of live-catch traps lies on their doors that can be closed when an animal steps into the trigger once they enter the cage due to them being enticed with the bait inside the trap.

Once you've identified your target animal and inspected the sites that they may frequent through signs such as droppings, you may then set and bait the trap while making sure you're wearing personal protective equipment (PPE) such as heavy gloves to avoid imparting your scent to the bait and to the cage. Release of the animals may then be done after they're caught.

Electronic mouse traps are lethal traps set by placing baits (usually peanut butter) inside a switched-off unit. They then get rid of mice by sending a high-voltage shock upon the entry of the mice inside the chamber. They can still be considered humane traps because they kill mice in just a matter of seconds.

You may expect a 100% hit rate with electronic mouse traps, which, in addition to the high-voltage shock, give mice an instantaneous death that foregoes the torture of a slow death. Electronic traps also afford the user the ease of disposing of the body of the dead rodents, especially because they enable the user not to see and have contact with the carcass.

Parts of a traditional snap trap include a hammer with a spring, a pressure plate, a locking mechanism, and a platform. Safety and setting up issues regarding the traditional snap trap prompted the development of the more modern ones, which are easy to lock without having to pull the metal hammer.

Regardless of whether they're traditional or modern, snap traps work by breaking the neck of mice. While it can still sometimes take days before the mouse dies through these types of mouse traps, when properly set up, they can still be considered humane since their powerful pressures can break the bones of the mice in an instant.

Glue traps are a good way to control mice infestation especially when their effectiveness is maximized. However, safety and humanitarian issues must also be put into consideration when thinking of using glue traps, to which safer and more humane alternatives are available.

We are a group of local and family control experts at Yale Pest Control so we understand and know that the safety of your family is the top priority. We make sure to provide effective, safe, and humane pest control services at reasonable prices. Contact us now at 1-800-750-9253 (YALE) and let us professionally control the mice infestation in your homes.