Can You Use Mouse Trap and Mothballs at the Same Time? 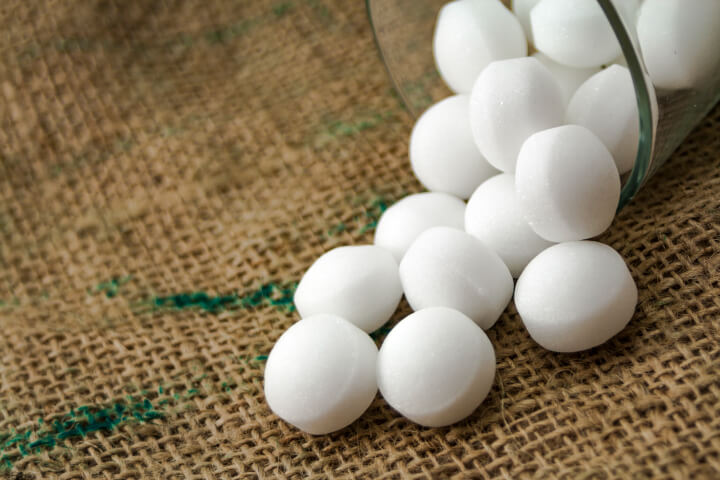 Nobody likes mice running around their house stealing food, damaging appliances, and spreading diseases. Mouse traps and repellents are the best options if you’re only getting rid of a mouse or two. But if you’re dealing with more mice than expected, then utilizing two different rodent control methods helps get the job done much more quickly.

Read More: Will a Mouse Trap Still Work if I Touch It with Bare Hands?

Do Mouse Traps and Mothballs Work Better Together for Eliminating House Mice?

Mice are common house pests that invade about 21 million homes during the fall and winter months. These filthy creatures thrive in places that provide them with everything they need to survive – food supply, water source, and warm environment.

Although they’re a lot less aggressive than rats, mice still cause different damages and diseases to a home and its residents. Eliminating these critters should be a priority, which is why many homeowners combine different pest control techniques to get rid of the pests more quickly.

Mothballs are classified as pesticides because they prevent pests from clinging to the fabric. They’re made with active chemicals like naphthalene and paradichlorobenzene that kill fabric insects. Mothballs turn from solid into vapor, which is eventually inhaled by pests in the fabric.

Using mothballs for repelling is harmful to the environment, which is why it’s regulated by the Environment Protection Agency (EPA). When using mothballs, make sure to follow the instructions of the packaging to avoid accidents like poisoning.

Mothballs are used by some homeowners as mouse repellents because they contain naphthalene. It’s a strong-smelling substance that deters a mouse’s strong sense of smell and drives the rodents away. But aside from its odor, naphthalene also causes the blood cells of mice to lose their ability to carry oxygen throughout the body when inhaled.

Why You Shouldn’t Use Mothballs

There isn’t enough scientific evidence to prove that mothballs are effective as a rodent repellent. These substances only contain small traces of naphthalene – enough to kill moths on fabric, but not enough to deter mice from going near an area.

Homeowners need a lot of mothballs to reach the concentration level of naphthalene that repels mice. However, high levels of naphthalene are also dangerous for humans and other animals like cats and dogs. The amount of naphthalene needed to repel mice is enough to cause skin and eye irritation in humans.

When a property is infested with mice, people rely on mouse traps to get rid of them. These traps are widely available, which makes it easy for residents to try pest control methods at home first before calling pest management professionals like Yale Pest Control.

Different types of traps work differently in catching or killing mice. Making a mouse trap at home is an option, but not everyone has the time and patience to build one. If you’re looking for mouse traps in the market, here are the most common types of mouse traps and how they work:

Mouse traps are highly effective in catching and killing mice. They’re even used by pest management professionals as part of the treatment plan to get rid of the mouse infestation in a property. However, using a few traps won’t get rid of moderate to severe mouse problems in a property. In such cases, it’s better to rely on pest control companies to get the job done quickly and safely.

Mouse traps are easy to use. But those unfamiliar with how it works tend to make mistakes that prevent them from catching more mice. To help you trap these tiny pests using traditional mouse traps, here are a few tips to follow:

Read More: How to Kill a Mouse If You’re Out of Traps and Poison

Using Mothballs and Mouse Traps at the Same Time

Since mothballs don’t really repel mice, it won’t be of much help in reducing the mice population on the property. These substances are also illegal as animal repellent because they might be harmful to humans and other animals.

Most of the time, mouse traps are already enough to catch several mice – as long as you know how to use them correctly and efficiently. Adding mothballs to the rodent control method at home costs more money, but it wouldn’t make much of a difference in solving the mouse problem.

If none of the techniques at home seem to put a dent in the mouse population, then a professional intervention might be needed. Always check the house for areas with different mice activity (mouse dropping, foul smell, gnaw marks, and dead mice) to see if it’s getting worse.

Make sure to call a trusted and experienced pest control company once there are signs of rodent infestations at home so they can be eliminated before they start causing bigger problems.

What Should You Pair with Mouse Traps Instead?

Since mothballs aren’t proven to be effective in keeping mice away, you should try pairing mouse traps with other rodent control techniques instead like:

Homemade remedies and natural repellents are more accessible if you’re looking for safe and affordable alternatives to mothballs. These methods are also eco-friendly and won’t harm humans or pets in the area. Make your own natural mice deterrent at home with these ingredients:

When using these natural mice repellents, make sure to place them in limited areas around the house. The goal is to keep them away from some locations, forcing them to find other paths and eventually take the risk to travel across areas where mouse traps are already waiting for them.

Rodent bait stations are another way to kill multiple mice at once. But instead of killing mice instantly like traditional taps, bait stations take a while before killing off the rodents.

Bait stations contain a block of rodenticide that attracts mice. A mouse walks into the bait station and eats a lethal dose of the mouse poison before returning to the mouse nest. It takes a while for the poison to take effect so dead rodents only turn up after a day or two.

Having both mouse traps and bait stations around the house significantly put a dent in the mouse population. Just make sure to store loose baits in cool, dry places and out of the reach of pets and children to avoid accidental poisoning.

Preventing rodents from entering is easier than treating the pest infestation once it happens. But if the mice have already infiltrated the house, rodent prevention measures should still be followed along with mice control treatments. This prevents them from causing more damage. Here are some of the best preventive measures to apply:

Mouse traps and repellents only do so much when it comes to eliminating mice problems at home. For more serious cases of mice infestation, it’s better to leave them at the hands of professionals like Yale Pest Management. We always make sure to use IPM-based methods to get rid of the pests on the property and keep these mice at bay for a long time.