How To Keep Birds Out Of The Mouse Traps 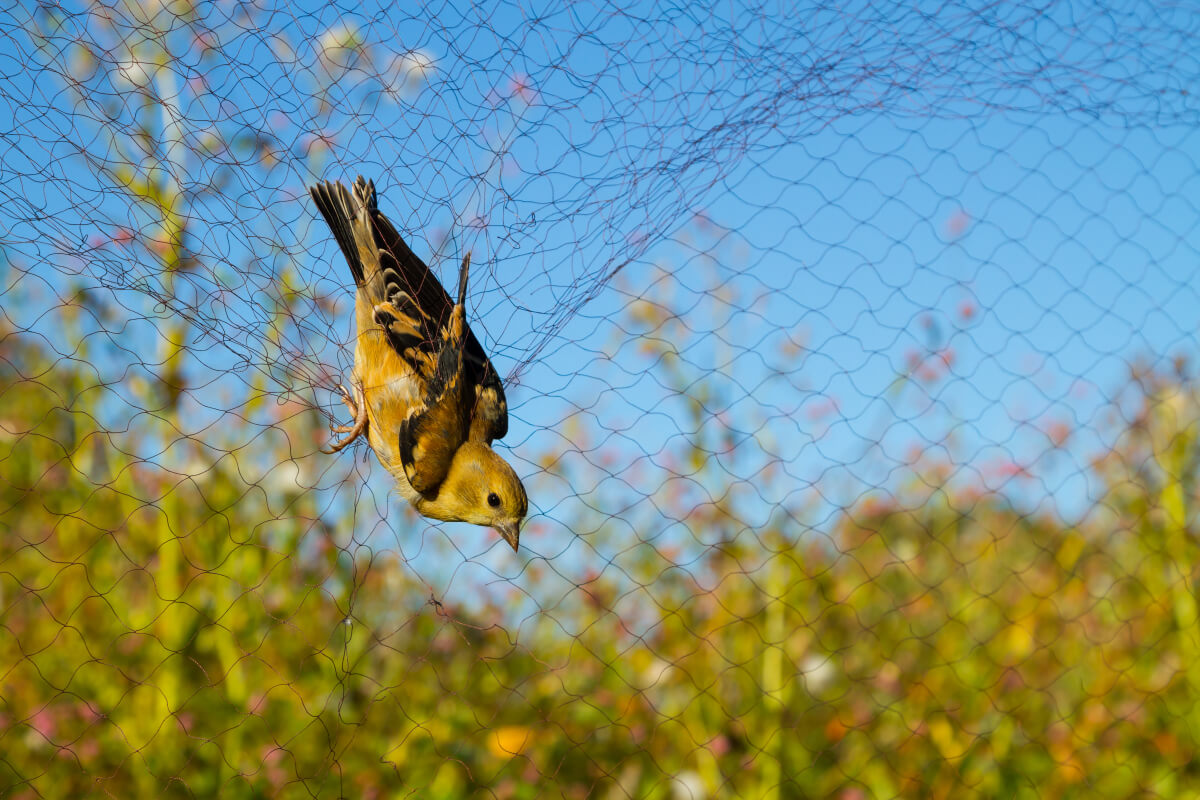 Mouse traps are useful methods of rodent control that have already been proven effective. But while mouse traps can solve the problem of rodent infestation, they consequently raise the problem of catching non-target wildlife such as raccoons, squirrels, and birds.

So how do you keep birds out of the mouse traps? You may do so by using baits that may attract mice but not birds, setting secured traps at night, and setting traps in which only mice will be fit inside them. Always keep in mind that backyard birds are usually day creatures that are attracted to things that may be akin to a food source.

Common Reasons Why Birds Are Attracted To Mouse Traps

The favorite foods of mice are used as rodent baits to ensure that they're attracted and will be caught in the mice traps. However, mice aren't the only ones enticed to these foods; even wild birds and household pets often get caught in a mouse trap because they thought that the abundant food is laid out for them.

Birds are also mostly day creatures that are more active during the day. As such, mouse traps set during the day, especially placed with their favorite foods will catch their attention. They have sharp eyes so they'll easily spot food even at a distance.

How To Stop Attracting Birds On Mouse Traps

It can feel irritating and annoying to have birds on traps that aren’t meant for them. Thankfully, there are methods and techniques to work around this. Some ways to attract birds on mouse traps are choosing the right bait, setting up traps at night and securing them, and setting up traps that fit only mice.

Peanut butter is the most commonly suggested food attractant for a mouse trap because mice are said to be primarily nut eaters. However, birds also favor seeds and nuts so peanut butter may attract them as well. It's best to forego seeds, nuts, and other plant materials such as fruits and vegetables as rodent bait to avoid catching birds. Alternative baits that may also work well in catching mice include cheese, sweet snacks such as gumdrops and marshmallows, and meat (because a high protein content is enticing to mice).

2) Set Traps At Night And Secure Them

As previously mentioned, birds are mostly day creatures while mice are mostly nocturnal creatures. In this regard, setting traps at night decreases the likelihood of catching birds while increasing the chances of catching mice. Moreover, securing the traps, meaning placing them in less oblivious places that can't easily be noticed by birds, also helps to avoid catching birds when the set traps are left until the morning.

3) Set Traps So That Only Mice Fit Them

Create a customized mouse trap using overturned boxes in which the entrance and exit are small enough that only mice can fit them. Although small birds may also fit these holes, they are less likely than mice to squeeze themselves in a dark place, thus decreasing the chance that they'll get caught in the mouse trap.

It can feel irritating and annoying to have birds on traps that aren’t meant for them. Thankfully, there are things you can avoid when setting mouse traps. Some ways to do it are using poisons outdoors and using glue traps outdoors.

Backyard birds that are flying within the vicinity may be attracted to the poison as rodenticides are made exactly to entice animals. In a process called primary poisoning, rodents and other animals such as birds may find the bait, eat them, and get poisoned with them directly. On the other hand, in a process called secondary poisoning or relay toxicosis, a wild bird that eats rodents may also be poisoned should it happen that it eats a mouse that was poisoned by the rodenticide.

A glue trap endangers the lives of animals that are not intended to be caught, such as birds that try to eat the insects that may be trapped in the glue. Birds that are caught may try to get out of the glue trap even in a way that rips their feathers and skin. They also permanently incur damage to their body parts, especially the wings and skin. Worse, birds that are trapped in glue may also die if they aren't discovered early.

The first thing to do when trying to save a bird that's stuck in a rat trap is to calm it down by covering its head with a dishtowel. Next is to place baby oil on the area where the bird is stuck and to massage it gently. This is then followed by letting the animal rest for an hour or two in a container or shoebox with air vents and the removal of the excess oil using a damp cloth.

Alternative Ways To Keep Rodents Out

If you think certain types of traps aren’t for you, then you’re free to choose alternatives. Thankfully, there are methods and tools that are just as effective as traditional mouse traps. Some of these are learning about rodent activity and creating barriers in your house against them, using trap-and-release products, live cage or box traps, and keeping cats as pets, among others.

Rodent-proofing your house entails checking your house with signs of rodent activity such as chew marks, musky odor, holes, and rat droppings. Once you've identified the areas of your house where they're found, you may try to seal possible entry points for these rodents using materials such as caulk or concrete.

You should also always inspect and organize the storage of food in the cupboard. Sanitizing the indoors and outdoors are good measures to keep rodents out as well.

Trap-and-release mouse traps are a humane way for rodent control because they only catch the mice but don't kill them. The said mouse trap works by placing a bait and putting it in areas with signs of rodent activity. You may then release the mouse you have caught at least 100 yards away from your house.

Alternatively, you may opt to put rodent bait in a wastebasket in which the mouse can climb in but can't climb back out of. Note that you should check these traps hourly so as to avoid the mice from dying of stress or dehydration.

Cats are natural predators of mice. You may opt to utilize them for rodent control by the fact that they are mouse predators and thus will kill and eat mice. Alternatively, you may also place cat urine on areas with signs of rodent activity for the urine to act as mouse repellent, as the smell of the urine is enough to scare the mice that there is a cat aboard the house.

Birds may be kept out of mouse traps by using the right bait and placing the mouse traps responsibly. There are also many available alternatives to traditional mouse traps. It's just a matter of you choosing and trying them out.

We at Yale Pest Control are a group of local and family pest control services who are committed to ensuring a humane and effective way to solve your rat infestation problem. We don't just want to exterminate mice, we make sure to do so with regard to the environment and to the other wildlife in the area as well. Keep your house rat-free and contact us now at 1-800-750-9253 (YALE) for a free quote.